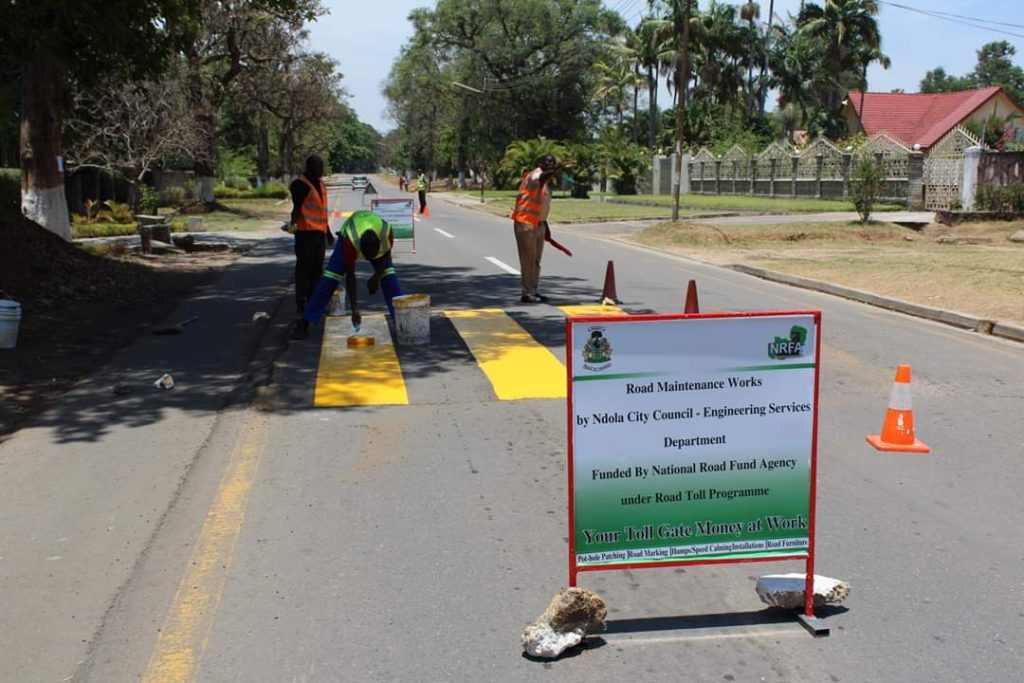 Ndola City Council has received a financial boost of K200 000.00 from the National Road
Fund Agency (NRFA), and has kick started emergency pothole patching so that motorists on
the City roads can enjoy smoother rides.
The City Council joins other Councils across the country which have benefited from the Road
Tolling Maintenance Programme (RoToMap) enshrined under the RDA Maintenance
Strategy to support Local Authorities and RDA in carrying out pothole patching, road
markings and signage and construction of speed humps with a total of K3.7 million

Tolls revenue disbursed to respective Local Authorities who are now undertaking
various road works in their localities.
These include Kabwe, Kapirimposhi, Mansa, Kasama, and Lusaka Local Authorities.
Ndola City Council Public Relations Manager Ms. Tilyenji Mwanza said the K200, 000.00
amount was an initial allocation from proceeds of the National Road Tolling Programme and
was a first instalment and would into the rehabilitation of President Avenue and Kwacha
Roads.